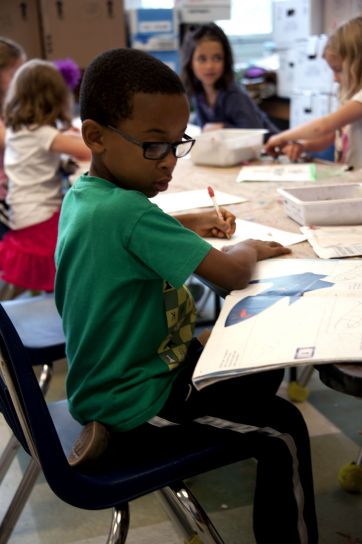 In today’s blog, Julian Omidi discusses how a few men came together and made a huge difference in the lives of the children in their community.

The quality of education in low-income areas, especially in predominantly black communities, has been found dramatically lacking for years; many agree that this is the result of inadequate public school funding. According to a 2014 survey by the Department of Education which surveyed all 97,000 U.S. public schools, black students are expelled at three times the rate of their white peers, and were more than three times as likely to attend schools where “fewer than 60 percent of teachers meets all state certification and licensure requirements.” The U.S. high school graduation rate for black males currently rests at 47 percent.

As Americans, we should strive to not only improve ourselves, but the lives of others in our communities, our country, and our world. These statistics show a shocking lack of empowerment and resources for the black community, and it’s our duty to extend an arm and help lift up our neighbors as much as we can.

Pastor AJ Johnson and DeVaughn Ward of Hartford, Connecticut came up with a creative way to use social media to unite their community. They started Facebook and Twitter pages called “Calling All Brothers” and invited fellow men of color to join and invite friends. The goal was to assemble a group to greet students in front of Martin Luther King Jr. Elementary on the first day of school—in their finest suits and ties.

The group was a success—over 100 men of color, young and old, showed up dressed to the nines in front of the school on August 25th . As the elementary school students walked towards the building, the men formed a receiving line, giving high-fives, cheering, and shouting words of encouragement. The community’s reaction was overwhelmingly enthusiastic.

Johnson recognized the significance of black career professionals being represented within the community, especially to the younger generations: “I would like to organize these 100 men for real power in our community. It started with us coming together under the umbrella of the children, but it’s my intent to bring power back to a powerless neighborhood through these men.”