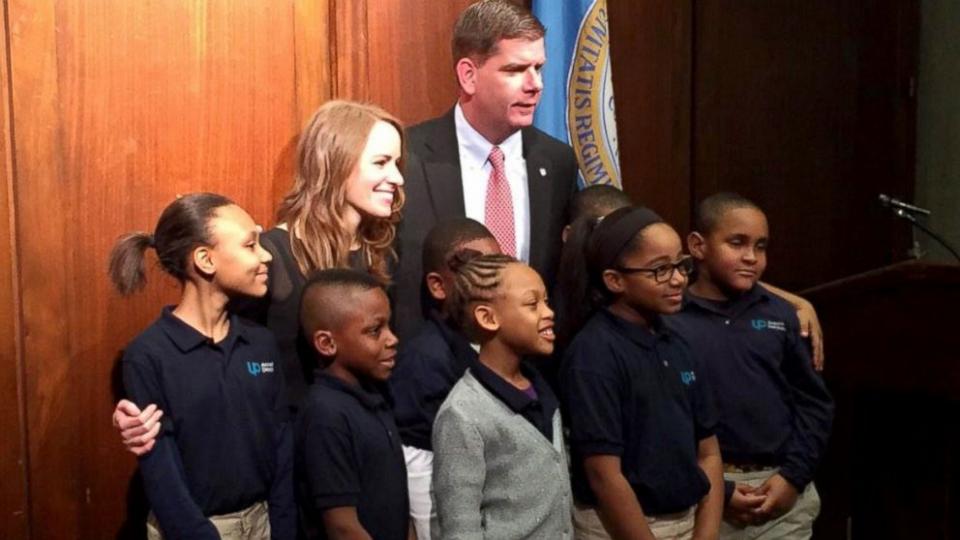 What would you do if you won $150,000 in a contest? It’s a subject we’ve all thought about from time to time. Would you buy a new car? Would you start looking for a new home? Or would you donate that money to improve the education of local students?

For 26-year-old Nicole Bollerman, the decision was easy.

Bollerman, who teaches third grade at the public charter school UP Academy Dorchester, was the winner of Capital One’s #WishForOthers contest. In order to win the contest, entrants were asked to tweet or post to Instagram a wish that would benefit others. Shortly before the school’s December holiday, Bollerman entered the contest with the following tweet:

“My #wishforothers is that my voracious, adorable, hardworking, loving scholars all leave for their December break with a book in their hand.”

Bollerman would get her wish, as well as a great deal more. Capital One funded three books per student in Bollerman’s class: “Diary of a Wimpy Kid: The Long Haul,” “My Father’s Dragon,” and “Where the Wild Things Are.” Bollerman was able to select the titles, choosing books that would appeal to her students.

But the big surprise was learning that she had won the contest’s grand prize of $150,000. While many would have used their winnings on themselves, Bollerman knew exactly who would benefit from the money most.

Since donating the money, Bollerman has been working closely with school administration to ensure that the funds are put to good use.

While no one would have thought twice if Bollerman were to use her winnings to go on vacation or to treat herself, her dedication to her students and their best interests is nothing short of inspiring. With this selfless act, Bollerman has given these children a gift that will stay with them throughout their lives. Her actions embody the spirit of civic duty and deserve to be recognized.

(Julian Omidi, along with his brother, Dr. Michael Omidi, and mother, Cindy Omidi, are philanthropists who founded Civic Duty, as well as various other charities. The video of the book unveiling can be seen on Capital One’s Facebook page.