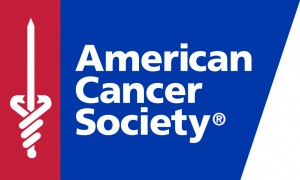 More than one million people in the United States are diagnosed with cancer each year. Chances are good that if you have not been personally affected by the disease, you know someone who has. As the second leading cause of death in this country behind heart disease, cancer has left a terrible mark on countless lives.

But thanks to the tireless efforts of many individuals, the battle against cancer endures. In the past twenty years, more has been learned about the disease than in all proceeding decades combined. Scientific study has led to remarkable progress in cancer prevention, detection, and treatment. And organizations like the American Cancer Society stand at the forefront to provide support, knowledge, and funding to eradicate cancer once and for all.

The American Cancer Society has been dedicated to the fight against cancer for more than 100 years. Originally formed by a small group of physicians and businessmen in 1913, the modern day American Cancer Society consists of over two million volunteers with more than 3,400 local offices. But regardless of the organization’s growth, its mission has remained the same: to help people stay well, helping people get well, finding cures, and fighting back.

Part of the way the American Cancer Society fights back is through raising awareness of not only the disease, but of the victims and survivors of cancer. The ACS’s Heroes of Hope award, sponsored by their signature fundraising program Relay for Life, celebrates the lives and struggles of several courageous cancer survivors. These survivors share their stories, and act as sources of inspiration and hope against cancer.

It’s in the mindset of raising awareness and funds, while celebrating the survivors and afflicted, that the idea of a Survivor’s Fashion show was formed. On June 26th, 2014, the first ever Survivor’s Fashion Show will be held at the Taglyan Cultural Complex in Hollywood, California. The show will honor cancer survivors and those currently fighting the disease, with all proceeds going toward the American Cancer Society’s Relay for Life.
The Survivor’s Fashion Show will feature cancer survivors modelling today’s latest fashion styles, and actress Taja V. Simpson of television’s “The Bold & Beautiful” will act as Master of Ceremonies. A keynote address will be delivered by cancer survivor and recipient of the ACS Hero of Hope award, Mark Antonio Grant.

Having overcome his diagnosis of colon cancer in 2009, Grant has taken up the cause of spreading awareness of preventative health care. As a Hero of Hope recipient, Grant was one of 90 cancer survivors chosen as an example of outstanding commitment to the fight against cancer.

The Survivor’s Fashion Show is a wonderful opportunity to raise money for cancer research, while providing support and attention to survivors. It is a way to show the world that cancer can not only be overcome, but those who survive can still be beautiful figures of hope.

The Survivor’s Fashion Show will be held on June 26, 2014 from 5:00 pm to 10:00 pm at The Taglyan Complex in Los Angeles, CA. Cost of attending the event is $100, with all proceeds going to the American Cancer Society. For more information about the Survivor’s Fashion Show, please visit http://eventsinthecityla.com/event/the-survivors-fashion-show-benefiting-cancer-research/